Yves Marchand and Romain Meffre: The Ruins of Detroit

French photographers Yves Marchand and Romain Meffre have documented the decline and decay of Detroit through its buildings and structures that were once source of civic pride (schools, churches, hotels, stations), but now “stand as monuments to the city’s fall from grace.”

Over the past decades, Detroit has suffered a post-industrial decline far worse than any other American city. The once booming city has seen its population fall from 2.5 million in the 1940s, to just over 1 million today, with 1 in 3 people unemployed. 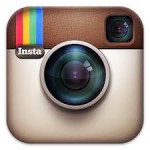